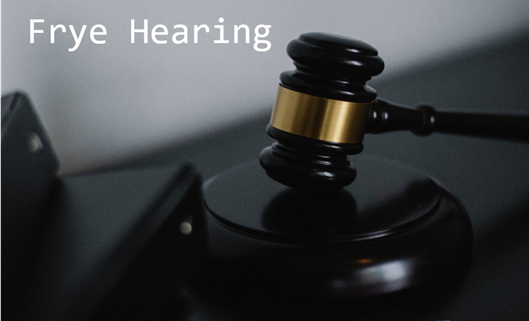 A Frye hearing was recently held in the Circuit Court of Cook County.  This hearing was regarding scientific evidence related to genetic testing for BAP-1 of a plaintiff with mesothelioma arising from potential asbestos exposure.

Most states follow either the Daubert or Frye Standard regarding admissibility, and in a few states, the court follows a combination of the two. Daubert applies to admissibility of any expert witness testimony, while Frye is narrower in application only for admissibility of novel scientific expert testimony.

The Daubert standard is the more recent standard set in the 1993 Supreme Court case of Daubert v. Merrell Dow Pharmaceuticals, Inc. Under the Daubert standard there are five factors the court considers in determining if the expert testimony methodology is valid.

The Frye standard dates back to the 1923 case of Frye v. United States. Under the Frye standard the court must determine whether the method by which the scientific evidence is gathered is “generally accepted” as reliable by other experts in the relevant scientific community. If your case is in California, Illinois, Minnesota, New Jersey, New York, Pennsylvania, and Washington, they continue to follow the Frye standard.

In the recent Illinois Frye hearing the Judge has taken it under advisement. If you are an asbestos attorney and are interested in learning more please contact me at carrie@pohlmanusa.com

Want to join the discussion?
Feel free to contribute!

Easy Ways to Celebrate your Teammates While Working Remotely